This study aims to describe and analyze errors in the use of grammatical cohesion in writing pesrta portfolios to test the potential positions of administrators and supervisors in the Brebes Regency in 2018. The research data are misuse of markers of grammatical cohesion. The data analyzed is the discourse text from the writing of the portfolio. Data is then analyzed by using the content analysis method. The results of the research obtained indicate that the most widely used pronouns of pronouns / pronouns in portfolios are me and we in arranging sentences and tend to be repeated. substitutions that are often used are subtitution replacing the word / sentence group. The use of elliptical markers of grammatical cohesion in the portfolio eliminates many groups of words, making many sentences ineffective, while the most widely used conjunctions are additive conjunctions and causal conjunctions. The conjunctions that are used by ASN in writing are still a lot of inappropriate and misplaced ones. 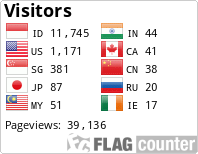